Cra-Z-Knitz Review: Does it Work? 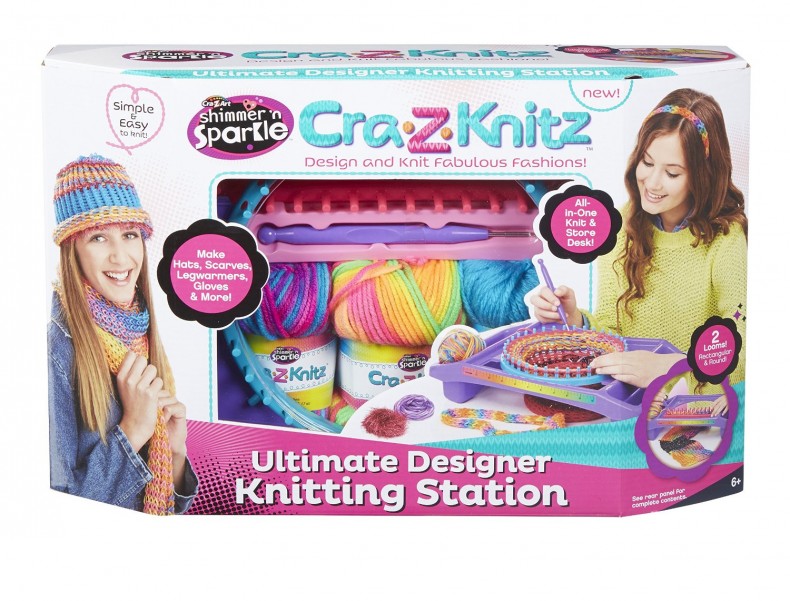 Cra-Z-Knitz is a knitting station for kids. The learning curve involved may be too much for some kids to endure, although those who stick with it will find that it does create fun and fuctional accessorites

Cra-Z-Knitz is a children’s knitting loom designed by Cra-Z-Art.

The Cra-Z-Knitz Design Station allows kids to create their own hats, gloves, scarves, and more. It is a plastic loom which uses a plastic knitting needle.

To use, you simply attach a loom onto the station and begin weaving yarn in the manner that is provided in the instructions. Unfortunately, however, the instructions may seem be a bit overwhelming, especially for kids who want to dive right in. Parents should expect to help most kids figure out how to use this.

For those who “get” how to use Cra-Z-Knitz, you’ll find that the end results are fun and functional. Cra-Z-Knits as of this writing has a 4.1 star rating on Amazon, with a vocal minority of customers stating that it is too difficult to use for their kids.

If you find yourself struggling with how to use Cra-Z-Knitz, you may want to head over to YouTube, where you can find several videos that show how to use it – which are perhaps better than the provided instructions.

Another kitting product for kids is currently advertising, which is Knit’s Cool. That product is advertised as a way to knit without a needle and uses a different method than Cra-Z-Knitz.

Cra-Z-Knitz is a knitting station for kids. The learning curve involved may be too much for some kids to endure, although those who stick with it will find that it does create fun and fuctional accessorites.

If you’ve used Cra-Z-Knitz, please give it a star rating and comment below