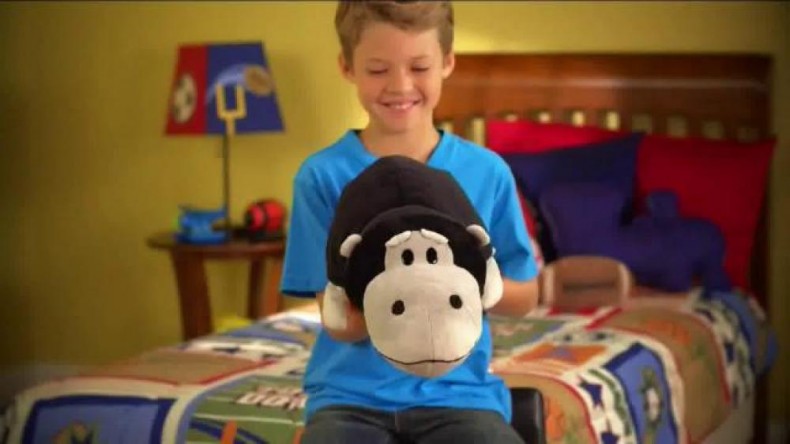 Flipazoo is a new product in early 2016. Its simple and innovative convertible design is destined to be popular with kids, although website problems and slow shipping associated with this new product could drive consumer ratings down.

$19.99 + S&H. Due to problems with the website, we were unable to obtain the shipping cost for the product. You can, however, get free shipping on orders over $40. As of this writing, FlipaZoo is only available from the official product website, and is not available in stores.

If and when it does become available in stores, we estimate the cost to be about $20.

The TV commercial below was posted on YouTube on February 29, 2016 and has been airing as of this March 2016 writing.

Wow! It’s FlipaZoo the pillow that flips for you. It’s one pillow with two sides of fun for everyone, just flip them here and pull them there. They’ll flip for you and you’ll flip for them. Flipazoo unicorn pillow here and Flipazoo dragon pillow there. Start your own FlipaZoo. You can collect them one by two. Which FlipaZoo is for you? And there’s even Jumbo FlipaZoos that will flip big for you, and baby FlipaZoos too. It’s a FlipaZoo surprise right before your eyes. It’s FlipaZoo. From Day at Play. Flip, FlipaZoo, the pillow that flips for you. Not one, it’s two. It’s Flip, FlipaZoo.

FlipaZoo is a two-sided plush toy for kids which quickly converts from one stuffed animal to another. There are six designs, each sporting two different characters. Husky converts to polar bear, unicorn converts to dragon, elephant converts to tiger, cat converts to mouse, giraffe converts to hippo, and hedgehog converts to turtle.

The use of FlipaZoo is simple: There is a movable layer which measures half of the length of the overall toy. Depending on which side you reveal is which character you get. Revealing a character is as simple as pulling the layer from one side to the other.

As Seen on TV plush toys are big business, and it has been our experience that these items are hot sellers initially, then appear in stores a few months later, and are gone within about six months after that.


It appears that FlipaZoo is in its initial marketing push, with only limited television spots in March 2016. The product website was first registered on November 30, 2015, so we are dealing with a relatively new item. You can find information on the Flipazoo trademark which was filed in December 2015 and updated in March 2016. The trademark was filed by Jay at Play, a well-known manufacturer of stuffed animals.

As of this March 2016 writing, Jay at Play holds a dismal D- rating with the Better Business Bureau, and a 1.22 (out of 5) star customer review rating. The reason for its low rating is advertising and sales issues, delivery issues, and problems with the product or service. This rating is subject to change and may change on a regular basis.

Our product researchers believe that FlipaZoo will initially be given a number of negative reviews by customers dissatisfied by the ordering process and website problems (see below). Once the initial rush calms and the product is judged on its merits, we feel that FlipaZoo will eventually settle to around a 3.5 star rating.

The website mentions jumbo and baby versions, although we have little information on these. If you have experience with either, please drop us a comment below.

On March 16, 2016, as FlipaZoo advertised on television, the product website began having problems. First it ran slowly, then as the day progressed it seemed to crash completely for some people. We were met with a large warning stating that something went wrong. 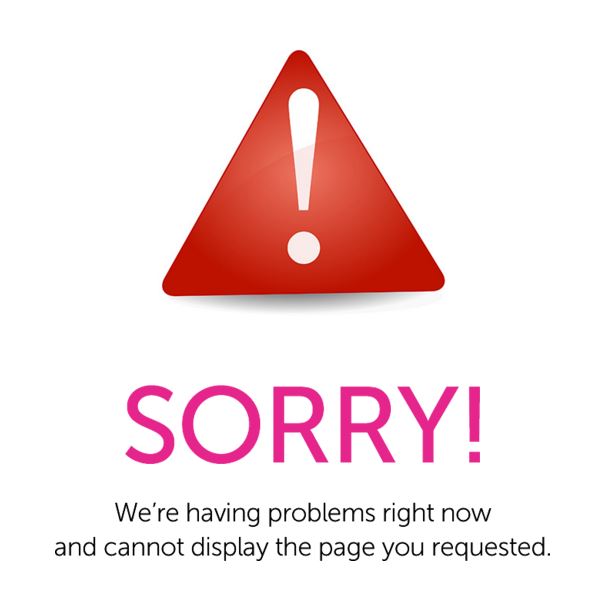 We surmise that the influx of new traffic combined with poorly-optimized animated graphics led to an overload in server load.

There are a number of convertible stuffed animals for sale online, many of which have considerable consumer ratings to help you decide. Not all function like FlipaZoo, but nonetheless offer their own unique features.

FlipaZoo is a new product in early 2016. Its simple and innovative convertible design is destined to be popular with kids, although website problems and slow shipping associated with this new product could drive consumer ratings down.

If you’ve used FlipaZoo, please give it a star rating and comment below.