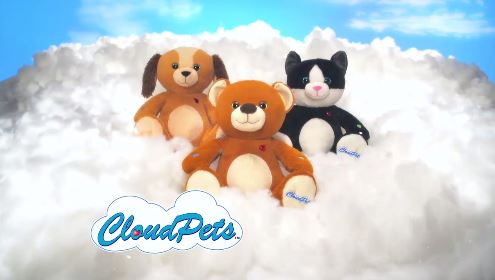 When set up properly, kids seem to generally like the product.

Setup has proven confusing or difficult to some consumers.

Could be seen as an expensive way to send voice messages.

Those who get CloudPets to work quickly seem more satisfied than the frustrated customers who have struggled to make it work. Whether or not you need a $50 stuffed animal in order to send voice messages is perhaps a point to consider.

CloudPets is a line of stuffed animals which can receive personalized message that can be sent via iTunes.

CloudPets can be described as an internet-connected toy which receives messages sent from a smartphone. A message is recorded and uploaded via smartphone, which is received and played by the CloudPet. The advertising for the product shows a dad who is leaving on a business trip, and keeps in touch with his daughter via a CloudPet, sending her reassuring messages.

Users of CloudPets appear to be in different corners regarding the value and usefulness of the product. Those who have gotten it to work quickly typically think it is a cute novelty which may have worked as advertised. There are, however, a number of users who have expressed frustration in the process of making the entire system work properly. No solid consensus exists. It has been suggested that you may want to download the app first to see if you find it user friendly enough before plunking down nearly $50 for this product.

The product continues to see advertising in late 2015, and two new features have been added: lullabies and games. This, combined with a $10 price drop, have made CloudPets a more competitive offering than its original incarnation.

You may be interested in two other advertised “pets” which allow communication: Chit Chats and Text Me Teddy.